On a flight to Abidjan sometime inn january, I  was mesmerised by this guy`s story-Abel Kouame! For once someone answered one of the burning questions in my mind: How come we dont have any African Cinderella stories? We had empires in Africa with great kings like Sundiata, Mansa Moussa, Shaka Zulu etc and no great Queens or princesses?   Are they trying to tell me our Kings were …ahem..gay? lol.Where is our own Chocolate Brown? Me I want me an African fairytale story ooh!

Here comes  Abel Kouame, CEO of AFRIKATOOON , Ivory Coast answering me  in his historic 3D-Movie :Pokou- Princess of the Kingdom of Ashanti .Telling our African folklore through African-created 3Danimation . Can i get a GBAM! Princess Pokou left Ghana due to impending war and chose to set-up a new kingdon ..which is modern day Ivory Coast- My new home..:-) 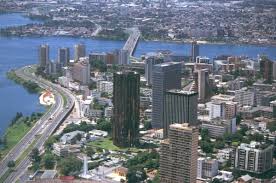 Storyline : In the eighteenth century, in the kingdom of the Ashanti people, which spans two-thirds of present Ghana, lives the princess Abla Pokou. A very influential advisor of the king Opokou Warê, she is also opposed to war. Pokou is a serious obstacle to Kongouê Bian, a former warrior who has turned to witchcraft. Thirsty for power, he attempts to overthrow the king, his best friend, in order to dispose of the legitimate heir to the throne. Using her charisma and mystical powers, Pokou intervenes to prevent a war between the Ashanti who as in favour of and those who are against the regime imposed by Kongouê Bian. She prefers exile to confrontation. Kongouê Bian sets off after them. He is determined to avert the prophesy that predicts that a woman will be the head of a new kingdom that is as powerful as the Ashanti…..……..

I so appreciate this because we finally get a cartoon that teaches not only our history but encourages and empowers our little girls .And Pokou is our Chockolate Brown.Preaches peace over violence..Has natural hair , is bootilycious and is loving it! I mean Way to go Abel Kouame.!!!!

Kouame Abel, the producer of this movie , is also the CEO of Afrika Toon…And is such an inspiration. We always have limited means and Passion is what we need to complete what is lacking !!
Kouame talks about this movie here

Princess Pokou made history as the first 3D animated cartoon from Africa to be shown at the Chelsea Film Festival and has been shown in other film festivals around the world.. They are already working on more 3D movies for Africa…

See people queuing up to watch my POKOU at the premiere of the movie !!! Until tickets were sold out!!

Is this FABAMODE or what??

Share this and Have fun with it. Just dont come running to me when you get into trouble...lol